Jacob and Albertina had eleven children – nine sons and two daughters as follows:

In this article I shall talk only about three of Jacob’s sons and their families who were instrumental in establishing and running the Sacred Heart of Jesus High Schools.

Walter de Souza did his B.A.B.T. from the Bombay University and became a teacher. 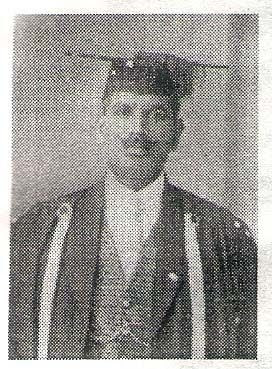 He married Miss Martina Pinto of Pinto Vaddo, Verla, Parra, settled in her house and became a “ghor-zanvuim”.

On January 5, 1912 he set up a school in his wife’s house in Parra and named it ‘Sacred Heart of Jesus High School’ (now Sacred Heart High School – the word ‘Jesus’ was dropped from the title to avoid confusion between the Parra and Anjuna Schools.)

It catered to English education and is the second oldest English medium school in Goa, the first being St. Joseph’s High School, Arpora, which was established by Mr. William Lyons in 1887.

Walter died at the age of 35 (November 14, 1883 – October 18, 1918) of the World War I epidemic known as the ‘Spanish Flu’ or ‘La Grippe’. It was the most devastating epidemic in recorded world history. Once a person was infected, death was certain.

In Goa, most alcoholics survived the disease. In fact, Walter’s family doctor advised him to drink alcohol but since he never drank, he rejected his advice and became a victim of the flu.

It was the most fatal infectious disease which is why only close family members attended funerals – the dead body was taken directly to the cemetery. Our boyyas or pede (grave diggers) who buried the dead survived because they were always on drinks!

Jacob’s sixth son, Alphonsus Ligouri de Souza, was the first student to pass his S.S.C.E. through the Sacred Heart High School Parra in 1914.

Under his able guidance and leadership the school achieved success in the academic field, sports and co-curricular activities.

When Ligouri ran SHHS, Parra, Walter’s son, Archibald de Souza, who held a B.A.B.T., taught in the school. Archibald or Archie, as he was popularly known, was the only son of the founder. He became the Principal of the school soon after Ligouri’s death. 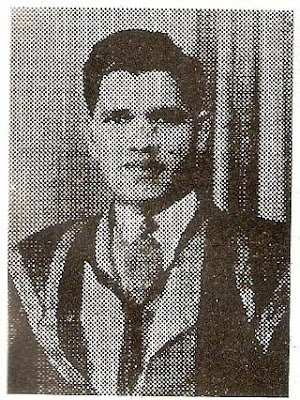 He left for Kenya in 1949, and was the Headmaster of Dr. Ribeiro Goan High School, Nairobi for several years. He then joined the Kenya Government Service and taught at Kisumu High School, Kisumu.

He returned to Goa in December 1964 and found that the main building of Sacred Heart High School, Parra, had collapsed; the school had been closed for two years, and the school records were destroyed by termites.

Mavis married Tony de Sá from Moira, who served SHHS in various capacities for thirty seven and a half years. He was the Headmaster of the school from November 6, 1993 to October 1, 2007. He is now retired and lives at his home in Moira.

Archibald’s son, Walter (named after his grandfather) is presently the Manager/Principal of SHHS, Parra. He took over the position on October 24, 2007.

In 1931, Ligouri set up an English School in Duler, Mapusa, and named it ‘Escola do Sagrado Coração de Jesus’ - Sacred Heart of Jesus High School (SHJHS). Valentino Pinto - the famous wine merchant from Mapusa during the Portuguese era, Dom Caetano Menezes, another powerful personality from Mapusa in those days, and others from Mapusa helped him set up the school.

It was the only English educational institution in Mapusa at that time.

The school was first accommodated in Lawrence Braganza’s house and later it was shifted to Dom Caetano Menezes’ house (now Querobino Almeida’s) in Duler.

Ligouri was already busy looking after the School in Gaumvaddi as well as Parra School. As such, he lacked time and found it difficult to run all three schools. To add to his woes, he also faced a shortage of teaching staff.

At this stage, Valentino Pinto and M. Cruz took charge of the school and they subsequently handed it over to the Jesuits. An application was made to Bombay University for its affiliation, which was granted on March 29, 1944.

On July 22, 1946, the management of the Sacred Heart of Jesus High School, Duler, Mapusa, was transferred to the Jesuits.

So, on May 18, 1948, the school was christened ‘St. Britto High School’ in honor of the holy Jesuit who lived in Goa for 7 months to complete his theological studies at St. Paul’s College in Goa.

In 1935, Ligouri de Souza shifted Sacred Heart of Jesus High School from his home in Gaumvaddi to Dr. Constancio Rodrigues’ house or “Rogddeager” in Mazalvaddo, adjacent to the present Bank of Baroda. 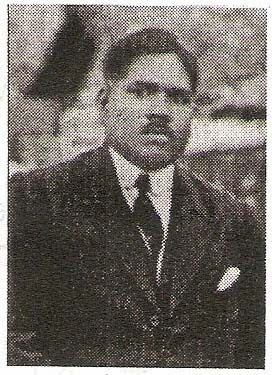 If the school was shifted, it meant it existed. Therefore, previous 25+ years should have been taken into consideration for its establishment purpose. Unfortunately, 1935 has been considered as the establishment year of the school. Thus, we have lost more than 25 precious years of the existence of the school from its inception year 1910, if not earlier!

The concept of setting up the school originated with a group of persons including Salvador de Souza, L.J. Denis and Peter Vaz who obtained the support of Dr. Olencio da Gama Pinto, a person who promoted most welfare activities in the village.

B.B. Borkar was the Headmaster of Rogddo’s School, and Ligouri de Souza was the Principal.

The school got its colloquial name ‘Rogddo’s School’ because of Dr. Constancio’s brother, Miguel Arcanjo Rodrigues, who talked too much and spoke very fast resulting in too much noise, which sounded like the rumbling of a grinding stone.

Whenever he went around in the village to hire laborers to work at his home, etc., on hearing him, they would quietly comment: “Kitem re, rogddea baxen sogllo vell goddo-goddo; goddo-goddo; goddo-goddo korun gunngunnaita!” (What man, you rumble like a grinding stone!) This is how he was nicknamed as “Rogddo”, and ultimately the house as well as the school came to be known by his nickname.

Rogddo’s house is a palatial one – the total built up area is 680 square meters! In all, it has 20 rooms, including a large hall and a dining room and two large indoor corridors. Its walls are very high and rooms are very spacious. Its large balcony faces the North.

Like most Portuguese houses it has a “roz-angnnem”, which now serves as a mini garden.

They continued to teach at Rogddo’s from the 1st to the 4th Standard. Three classes were accommodated in the vast hall or sitting room and the fourth class was conducted in the adjoining bedroom.

Rogddo’s house was hired on a rental of mere Rs.50 per month and the school had just fifty pupils on its rolls. It is believed within a fortnight, the number on its rolls jumped to over two hundred and fifty. 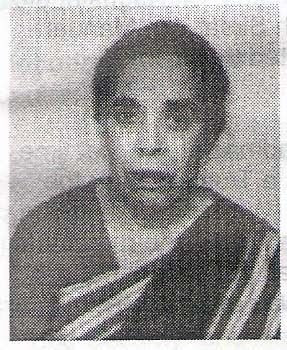 She has over 25 years of teaching experience. She started her social service intensively when she was appointed as Chairman of the Project Implementing Committee (Bardez) in 1966.

On the occasion of Women’s Day 2002, the government of Goa constituted the ‘Yashadamini Puraskar.’ These are given to eminent Goan women who have assured success in their respective fields and have brought glory and fame to Goa.

On March 10, 2002, Mrs. Faria was presented with the Yashadamini Puraskar. She also served as the Chairman of the Sacred Heart High School Trust, Parra, Goa in the 1990s.

By the beginning of the Fifties, the Portuguese government made it compulsory for village schools to be conducted in premises that had a cemented or tiled floor - most houses, including Rogddo’s had cow-dung-treated-floor.

In view of the above enforcement, the school was shifted from Rogddo’s to Botelho’s house, opposite Saud Saibinnimchem Kopel (Our Lady of Good Health Chapel), in the early Fifties, where they continued to teach up to the 4th Std.

Edwin de Souza, Jacob’s fifth son, served the Navy but he was forced to leave the job, as he suffered from ulcers.

He returned home in the early Thirties and married his late wife’s sister, Lucia. His brother, Dr. Joseph de Souza, treated him for his ulcers.

When at home, he took up teaching and helped Ligouri. When Walter shifted to Parra, Ligouri, Edwin and Lucia continued to teach at their home in Gaumvaddi. As mentioned earlier, there were also other qualified teachers who taught at Jacob’s school.

Edwin was a gentleman. He dressed well. He wore a pair of trousers, shirt, tie, black coat and shoes. He always wore a safari helmet on his head. Similarly, he always carried a thermos flask containing tea or coffee, which he hung across his chest, and, of course, he carried an umbrella in all seasons.

On his way back home from the school, he broke his walk midway in ‘maddanim’ (a line of coconut trees which began at the “sankov” (bridge) and ended at “Pundari Avoichem dukorn” (Pundari mother’s taverna).

Edwin served as the Headmaster of the SHJHS at Rogddo’s as well as at Botelho’s. Although Ligouri was the founder and Principal of the Anjuna SHJHS, he was hardly present in Anjuna because he had to attend to the schools in Parra and Mapusa. In his absence, Edwin looked after the school affairs. Hence, in those days the school was known as ‘Edwin’s school.’ 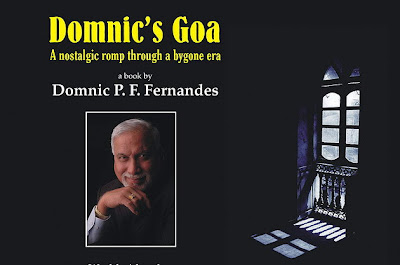